So far Fords were described as state-of-the-arts autos that suitable for two things: transportation and goods. Furthermore, they are efficient enough for off-road as well. In this blog we will explore other problems related to this car. But mainly it is the concern of the motorists themselves not the auto. No doubt that motorists buy the auto that is suitable for their purposes. 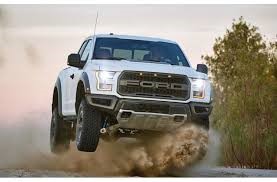 There is another this that put these solid cars in an unescapable challenge, i.e. off-roaders. Since this sort of vehicles is so strong many motorists tend to use it frequently in off-road driving. However, this constant off-road driving may cause some oil pump failure or failed transmissions. These happen as a result of vulnerability to muddy places and excessive dust.

Once again, Fords are characterized of being load-resistant cars, and this is why they are preferable for many traders to use them as a mean of transportation and good transporting. Of course, when these cars are new, such kind of problems may not crop up. But as these cars marsh too much in off-road driving and carrying of heavy loads, the problem then float out. The exact problem that stems out from heavy load towing is failure in gears transmission. The gear box is affected by extra heavy loads.

To put it in a nut shell, Ford autos are preferable among many motorists, but they have two demerits. When they are used too much in off-road driving an oil pump failure may occur. Last but not least, gear proper transmission may occur as a result of frequent and too much heavy load towing. All these reasons should be put into consideration when buying Ford autos.