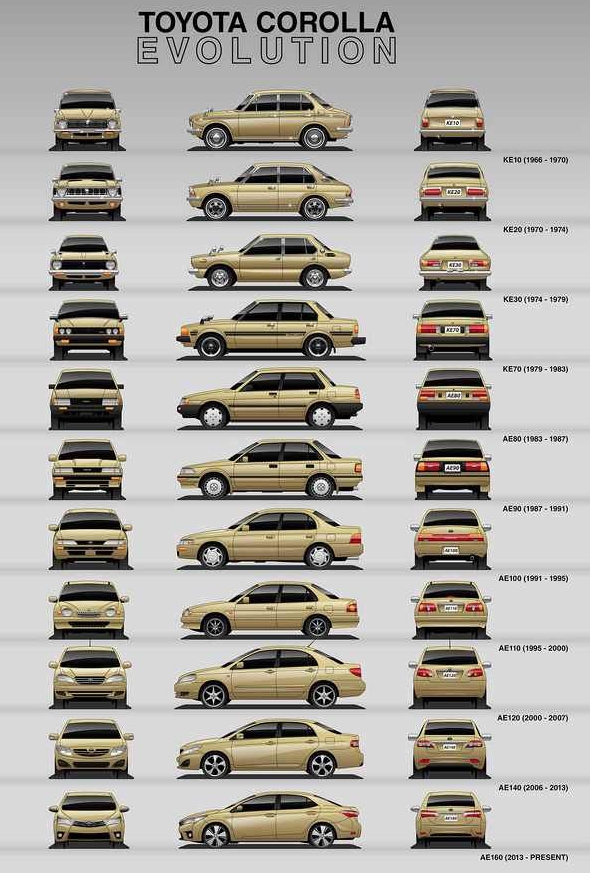 The time comes after 55 years of production, Toyota came to sell its 50 millionth Corolla. However, during this long period of time Toyota came across 12 generations. The company has a very long history; founded by Kiichiro Toyoda. Furthermore, the headquarters of this company is in Toyota city, Japan, August 28 / 1937. It is not after a little time the company made a strong alliance with the United States. From this point, the income of the company boosts too much and further gates were opened. In addition, the company has a very long history dates back to more than 74 years old. The name changed from Toyoda which is the original name of the founder to Toyota.

This change and modification on the name are not against the founder. However, this is to make the company’s name pronounceable. This brought the company many more fund to make its project more successful. In the past, the Japanese government supported and funded the company due to its military purpose. Gradually, Toyota became very successful in serving in both sides, that is to say, military and civic services. In the past, Japan imports many autos to cover its needs from autos.

However, after the success of the auto company, the country stopped almost all of its imports. This success is due to the insatiable interest and motivation of the company in navigating the wilderness of autos ways. In addition, Toyota autos company has a very long history achievements in autos industry. Through out the years, the company won many prices for autos manufacturing and design. Furthermore, this is the reason why many auto companies strived very hard to win partnership with the company. In conclusion, moving from fact to fantasy is a very hard journey.