Sunday, May the 7th saw two Emirati’s winning new cars in the White Points Draw. Bilal Atiq, an employee of the Roads & Transport Authority and Sara Juma’a Othman, who works for Dubai Airports were both rewarded with brand-new Hyundai cars for their impeccable driving in the last year. The winners were announced at an event at the Al Habtoor Hotel in Dubai, which also sponsored the initiative. 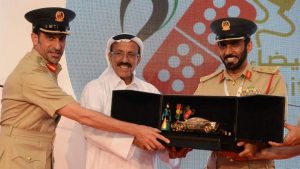 The White Points system was launched in 2012; all drivers in Dubai with a valid licence and a car registered in the city are eligible to enter but they only remain in the draw as long as they are free of traffic violations. Each month a driver has two white points allocated to them, but a single violation sees them lose their points.

Dubai Police Assistant Commander-in-Chief of Operations Major General Al Merri said, “It is a great initiative and will help encourage motorists to follow traffic rules and reduce the number of accidents and deaths. It’s spreading positive energy among drivers.” 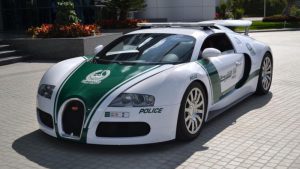 For Bilal Atiq, the prize is the first that he has ever won. He is an enthusiastic proponent of the scheme, saying, “Such initiatives will motivate the drivers in Dubai to follow traffic instructions as they can have the chance to win a car or other rewards.”

Sara Othman told Gulf News that she thought winning would improve her driving; she only passed her test 4 years ago but encourages others to stick to the rules when driving, saying, “You never know as one day you can be rewarded for your good driving.”

With more than 26,000 motorists eligible for the scheme, it is clear that it is the minority of Dubai motorists who are committing violations. Transgressions that will remove drivers from the pool include speeding, Salik and parking fines. It is to be hoped that seeing winners take home new cars will encourage more drivers to protect their white points for next year.

new restrictions on car customising In UAE
Scroll to top