Cadillac Lyriq is a contemporary and modern car that changed the world so much. Cadillac Lyriq is not different from other cars in terms of engine quality. However, it has a design of a very high level of modernity and future. For example, when the driver runs the engine, the manufacturer’s mark appears on the steering wheel. Surprisingly, this is not engraved. Another example, at the same time as the synchronization of operation, shows a moving light on the front grids. Furthermore, this is another sign of luxury and is not found in other cars. 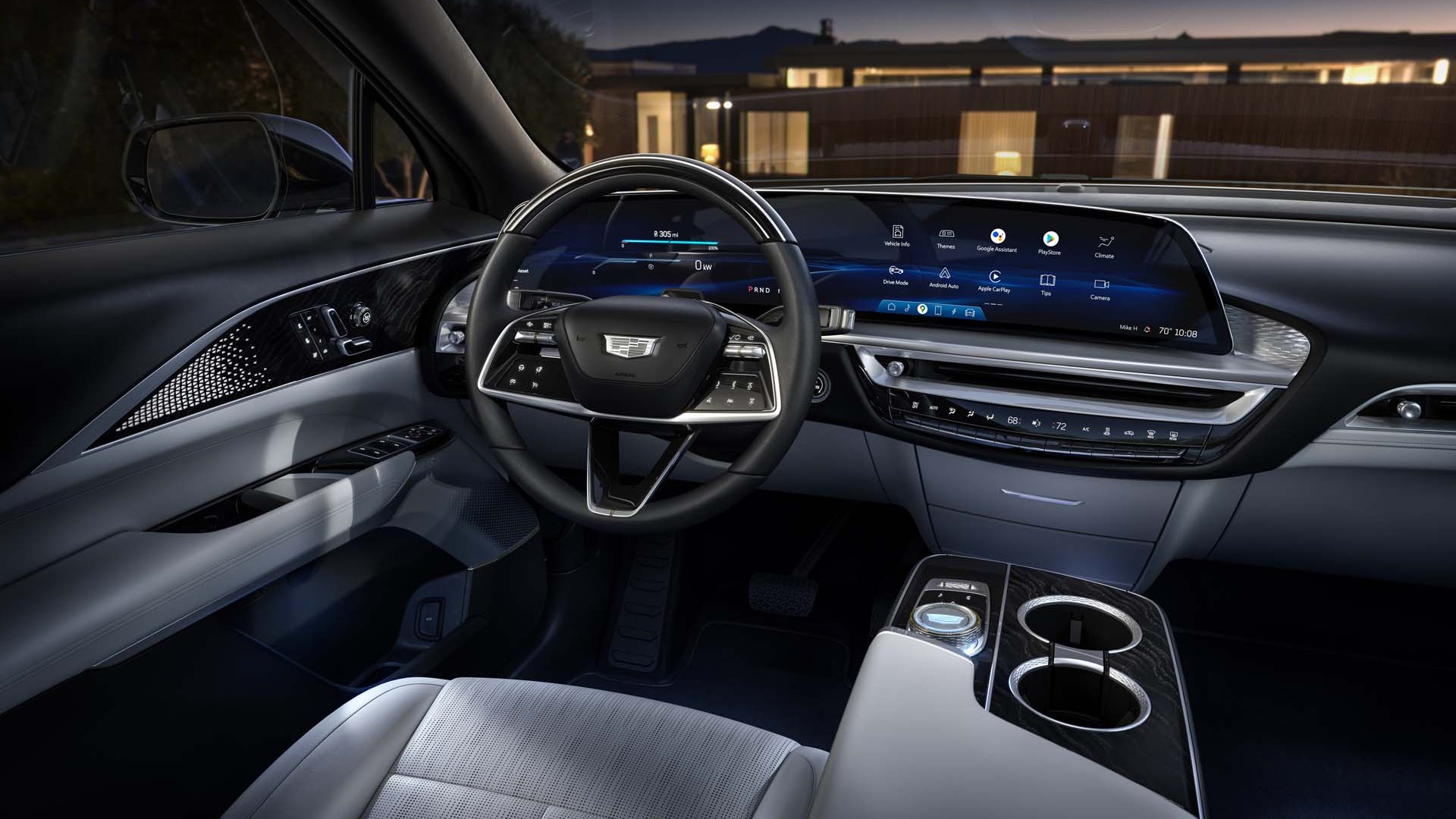 The Cadillac has not had a clear identity in recent years, but the company worked hard to do so. The Cadillac is a modern-design crossover that is more luxurious than any of its counterparts. In addition to the main lights on the sides of the car, distinctive LED vertical lights are there. This feature is striking and it makes the car appeal to everyone who sees it. The backlight is also very excellent as there are vertical lights that determine the width. In addition, the wholistic back design consists of two vertical and horizontal.

This multi-purpose car used for a lot of tasks that require very high readiness. In addition, the car features a sporty view and rear-wing built into the rear glass. This reflects the luxury of the car. The manufacturer used the base of visual deception in the car. For instance, when you look at the car it looks like it is high, but it is not.  Actually, it is a low car like other SU-V cars. However, the use of black paint played the role of visual deception. The car is 500 kilometer if fully charged.   You can choose either rear or four-wheel drive, automatic.