Next year, in 2019, Mercedes Benz will celebrate the 40th anniversary of its most well-known SUV, the G-Class. The Mercedes G-Class isn’t the fastest or most beautiful car ever designed, but it is one of the most popular SUVs ever sold. Since it was first released in 1979, motorists have flocked to the G-Class in ever-increasing numbers.

In 2017, more G-Classes were sold than during any previous year. The car has been reinvented and reimagined numerous times, but it’s always retained certain core features. Specifically, the G-Class is renowned for its uncompromising, rugged aesthetic and its ability to handle almost any type of terrain. In order to celebrate 40 years of successful G-Class production, Mercedes intend to release a new model that makes significant changes to the much-loved vehicle. But is the new G-Class an improvement on its predecessors, or a let-down?

The 2019 G-Class certainly handles better than earlier models. Although it won’t be available to buy until next year, the vehicle has been test-driven and reviewed already. Previous G-Class SUVs were notably hard to steer and didn’t respond reliably to driver-input. Simply turning the wheel often required a surprising level of physical strength! In contrast, the 2019 iteration handles as smoothly and easily as Mercedes’ more conventional vehicles. Manufacturers often have to sacrifice a vehicle’s off-road capabilities to give it an easier-to-use steering system. However, in this case, Mercedes have redesigned the vehicle’s front suspension system and overall frame so that the lighter, friendlier steering system doesn’t interfere with its ability to cope with difficult terrain. The 2019 G-class even has a few modern conveniences, such as parking assist technology.

The new model does have a few minor drawbacks compared to its predecessors. It’s slightly lighter, which makes it more vulnerable to collision-based damage. What’s more, while it looks similar to many older models, it can’t quite recapture their classic, quirky charm. 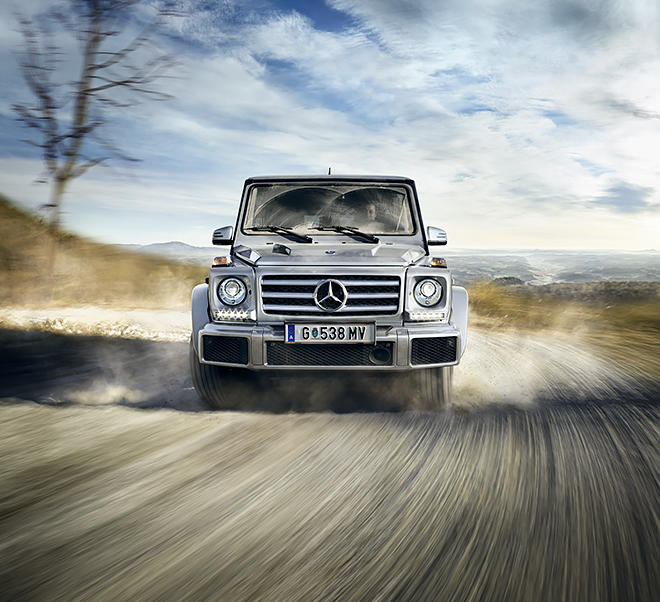 The G-Class has always been very popular in the UAE, because it offers luxury and prestige but can also handle the often-challenging terrain of the nation’s deserts. Despite its minor shortcomings, the 2019 G-Class should delight both fans of Mercedes and fans of luxury SUVs. If you’re based in the UAE and want to purchase one, why not sell your current car to raise the funds you need? Here at Simply Car Buyers, we buy any car. Get in touch with us today to sell yours.