So far, car manufacturers concentrated on designing a car which is zero Carbone dioxide emission. As a result, electric autos found their ways to global markets. However, the journey is still so far. Although electric autos are zero Carbone dioxide emission, they are very costive. Charging of their battery costs nearly the same cost of petrol. Instead of this, solar powered cars can hit these two functions at one time. They are environmentally friendly, and they are not so expensive to fuel. They charge as you drive during the day with sun light. 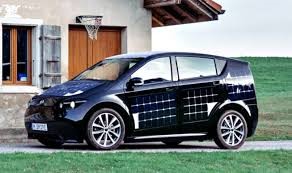 Cars whether electric or petrol-powered ones run out of energy once the auto crossed some miles. In addition, you can not supply them with energy unless you go to petrol station or something like that. You have to stop the car and switch off the engine. However, this is not the same case with solar-powered autos. On the other hand, solar-powered autos charge their batteries while the car is ongoing. This feature makes these motors outstanding. Added to these, they are cost-effective. You do not need to pay for the power that you receive from the sun!!!

In order to supply the car with energy. There is a gigantic flat pallet placed on the roof of the car. However, some motorists may argue that there will be danger of fire from this pallet. It is not true, there a protection layer under the solar pallet that functions as safety for the car. If you are not convinced through a solid object on the roof and see the result.