The annual Geneva Motor Show has become one of the most important dates for car enthusiasts and car buyers. Here European car manufacturers get to show off their latest models which will be rolling onto our roads over the next twelve months. Every year is special but 2017 promises to be particularly special for these reasons: 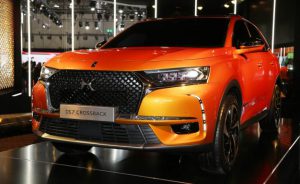 Having only split from Citroen two years ago, DS is set to launch its very first standalone model. The DS 7 is a premium SUV that is likely to be doing battle with the Audi Q5 and BMW X3 among others for a foot place in a highly competitive market niche. Early leaked pictures of the DS 7 look very promising but there is a lot still unknown about the car, particularly regarding what’s beneath the bonnet. 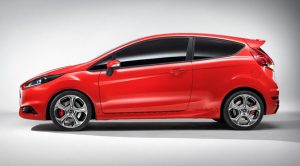 Motor shows are not all about mad concept cars and the latest six-figure priced behemoths. Ford Fiestas have been gracing our roads for the last forty years and have always filled an important part of the market. The new Fiesta ST will feature a brand new 200 PS 3 cylinder 1.5 Ecoboost engine alongside a tight face-lift and some exciting new technology thrown in. What we have seen suggests this should be a very exciting little car.

The Hyundai i30 Tourer 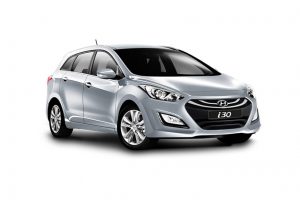 Not a car that is likely to send many pulses racing, the i30 has a reputation for being a rather conservative choice of car. That is offset, however, with its reputation for being incredibly reliable, very reasonably priced and handling very well for a car of its class. The new Tourer model will present growth into new areas for the i30 and is likely to inject some increased competition.

In 2016, Honda unveiled a monstrously aggressive shaped concept hatchback that impressed us all with its barbaric beauty. A production model is set to be unveiled this year in Geneva that, rumour has it, will be largely unchanged. The turbocharged 2-litre engine kicking out almost 350bhp powered Type R is expected to be launched at about €35,000 making it certain to leave quite an impression.

Other notable launches include the McLaren 720S luxury supercar, the new Mercedes-Benz E-Class Cabriolet, the latest Range Rover and the sporty new Alpine A120. We will, of course, keep you updated on events.