The city of Dubai has long been notable world-wide for the sheer amount of stunning and rare super/hyper-cars, including the emirate’s famous fleet of police supercars, but has only recently entered into the business of manufacturing supercars to revival the likes of Ferrari, McLaren and Porsche. In 2013, Dubai-based brand W Motors released the Lykan HyperSport, the first supercar indigenously produced in the Middle East which was famously featured in the 2015 ‘Fast and Furious 7’ action-heist film.

Now, the Dubai-based marque is set to premiere their newest hyper-car, the Fenyr SuperSport, an evolution of the 2013 Lykan. Named after Fenrir, a monstrous wolf from Ancient Norse mythology, the car is suitably aggressive in styling and features rear-opening suicide doors for a touch of supercar flair. With new boutique supercars produced in small volumes, there is some trepidation as to the build quality – but W Motors uses established luxury and sports car-building firm Magna-Steyr to ensure that all Fenyrs will have an ultra-high quality of fit and finish to match the price tag, which is likely to top the Lykan’s sticker price of around US$3,000,000. 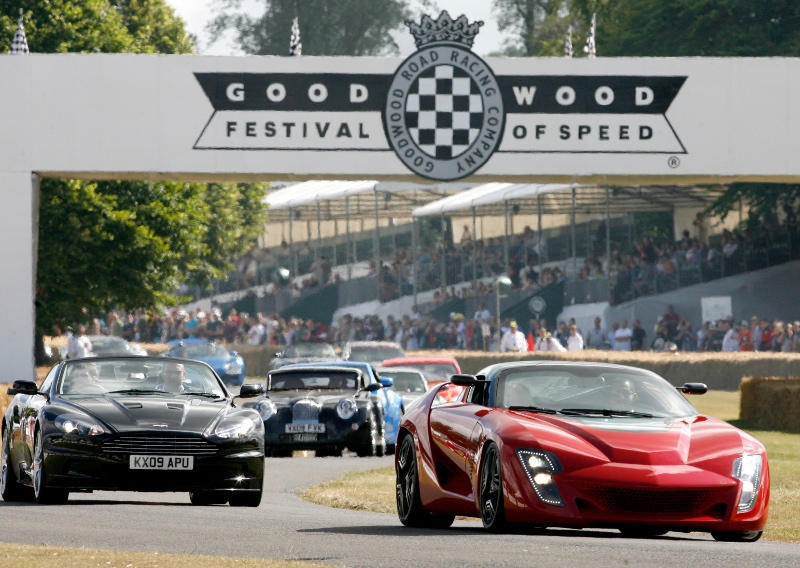 The car has a turbocharged flat-six Porsche engine that has been heavily modified by prestigious German tuning-house RUF, producing 789 horsepower. The colossal rear tyres are driven with Porsche’s PDK dual-clutch transmission and a curb-weight of approximately 2700lbs. The Fenyr SuperSport has hyper-car performance credentials to bring the fight to established European marques. The outgoing Lykan’s performance figures were a 0-60mph time of around 2.8 seconds and a max velocity approaching 245mph – the equally powerful and lighter Fenyr is likely to eclipse these figures.

The car will make its worldwide debut at the Goodwood Festival of Speed 2018, a prestigious 3-day hill climb event where a huge range of classic road and race-cars, modern race-cars including F1 and GT cars and the latest luxury and performance road-going vehicles receive their first-look debut. So, if you are in the market for an ultra-exclusive hyper-car produced and designed in the UAE, the W Motors Fenyr SuperSport may be the vehicle for you.