Mazda is a well-known trade mark owned by Japanese corporation. Mazda autos are reliable in the market in general. If compared with Volkswagen Polo which is a dependable car, Mazda defeat it in rates of sale. However, the company comes across lots of difficulties that should be overcome. One of the most complex problems is that the company should go electric. 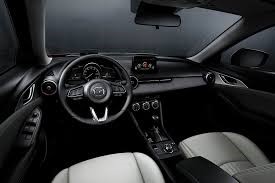 As many companies developed their cars into electric ones, Mazda has to do so. Most of other auto companies have produced EVs that are compatible with the environment. Because of the fact that the new law obliges auto companies to go electric. If auto companies do not go green, they have to pay for every single vehicle they produce.

Possibility for an Electric Mazda

If Mazda find itself unable to survive a chance of developing electric cars, Toyota is a perfect option. This company has a long history in cars manufacturing and in developing electric cars. Teaming up with Toyota can be a perfect chance for Mazda to survive. Otherwise, Mazda has to pay for every single petrol-powered auto. This payment will be used in making the atmosphere cleaner.

Blind Motorist Will Be on Roads
Scroll to top