There hasn’t been much in the way of car news from Audi of late – especially news surrounding their supercars. However, those who have been searching for even just the slightest trickle of news from the German manufacturer will no longer be disappointed.

All we’ve seen of the Audi R8 until now has been a video on the company’s official Instagram, and that video was fairly thin on the ground as far as details go. In fact, all we got to see was the R8 performing a couple of doughnuts. Whilst the video led many to believe the car would be rear-wheel drive, it has come to pass that the R8 RWS (rear wheel series) is finally being unleashed as a limited edition model. 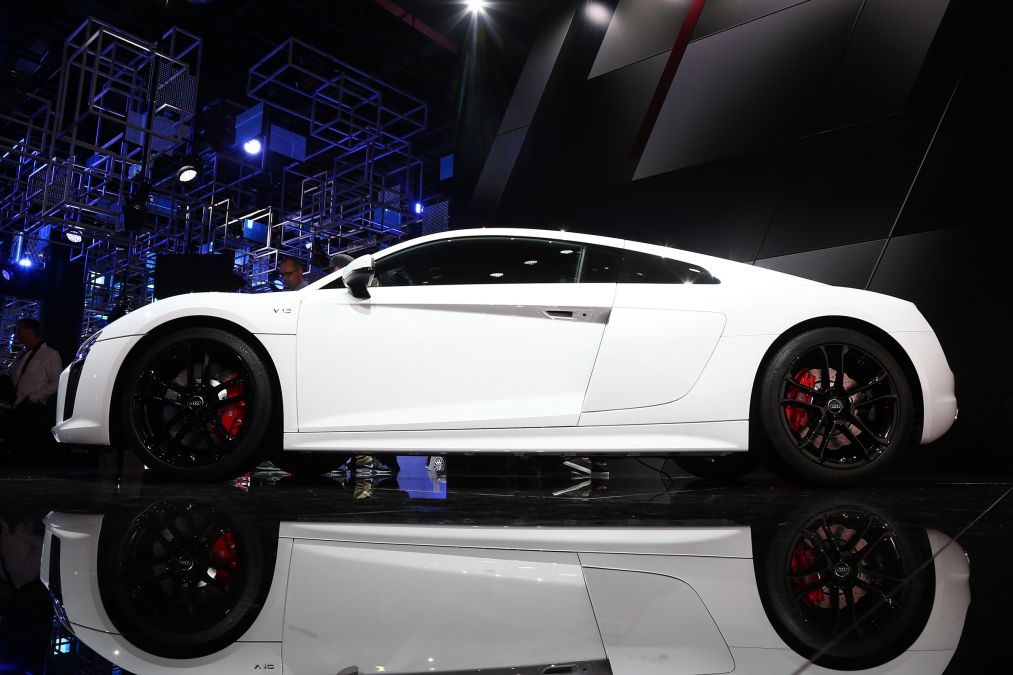 Available exclusively in rear-wheel drive, customers keen to get their hands on the Audi will have a choice over what model they want, with Audi making both the Coupe and Spyder configurations available. There has also been plenty of speculation in the air concerning the weight of the car. Would it come in weighing less than some of the all-wheel drive models? Well, we’re pleased to confirm that not only is the R8 RWS lighter, but it’s lighter by 50 kilos. Audi have managed to save significant weight thanks to removing a lot of the heavier objects, including the multi-clutch plate as well as the centre differential and the prop shaft. That gives the R8 RWS a total weight of 1590 kilos.

Under the bonnet, owners of the R8 RWS will find plenty of power courtesy of a 5.2 litre FSI petrol engine. With a rating of 532 horsepower, the car uses 540 Nm of torque to help drive those rear wheels. Altogether the Audi is able to go from 0-100 km/h in an impressive 3.7 seconds, although if you have the retractable roof equipped, you can expect it to be all of 0.1 seconds slower.

For those who are eagerly anticipating the R8 RWS, you will have to be quick. Audi have only made 999 units available in total, at a cost of AED 534,006. No news as of yet on when exactly we can expect the cars to be delivered, but that hasn’t stopped plenty getting excited at the prospect of a rear-wheel drive supercar.

Open facebook page now
Join our Facebook community
Who are safest and most at risk on UAE Roads?