A new study of driving incidents suggests that the higher the value of your car, the less likely you are to be involved in an accident on the road in the United Arab Emirates.

Using data from insurance claims, the research formulated a correlation between the value of vehicles and the likelihood of being involved in an accident. It would appear that drivers with low-value vehicles are most accident prone, while UAE drivers of cars with the highest worth tend to avoid collisions and mishaps far more successfully. In fact, if you own a vehicle valued between Dh400,000 and Dh500,000, you could well be amongst the safest drivers on UAE roads, as those make up 6.5% of people involved in road traffic accidents.

Around 11% of car drivers who made a claim over the past year were those who owned vehicles with a value of Dh50,000 to Dh100,000. Perhaps inevitably, the research also found that younger drivers tend to have more accidents than more mature car owners in UAE. Those in the age group of 25 to 29 were the most common applicants for settlement of UAE car insurance claims. The same research looked at the nationalities of car owners who had least accidents and found that French, British and Australian drivers are amongst the safest on UAE roads. 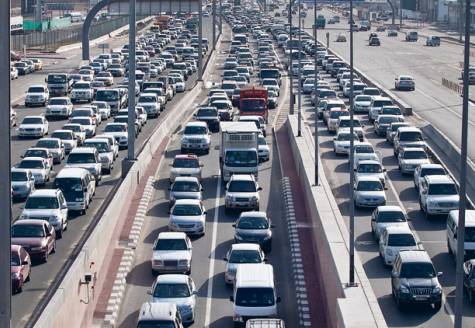 Efforts to improve road safety for car owners have recently given drivers something to smile about, though. The Sheikh Mohammed bin Zayed Road – also known as E 311 – is a major arterial road and therefore prone to problems. However, three giant smiley face signs recently appeared there. This is a new project from the Ministry of Infrastructure and Development, part of its campaign to “spread happiness among road users”. The smile signs also feature an appeal to drivers – in Arabic, English and Urdu – to “drive safe” and show consideration to other road users.

Of course, much of your ability to navigate UAE roads without accidents or breakdowns depends on buying the safest and most reliable models and having a well-maintained car. This also means only buying second-hand cars from reputable dealers.

Thinking of an upgrade for your car in the UAE? Contact www.simplycarbuyers.com for a quick sale