When looking for a new car, most car buyers weigh up many different considerations such as the initial cost, fuel efficiency, insurance costs and whether or not they can fit a full set of golf clubs in the back comfortably. New cars are becoming faster, more fuel efficient and generally larger, as that is what the general public seem to be looking for. 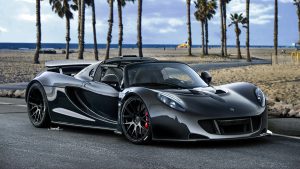 Essentially a Lotus chassis with a 1244hp 7 litre turbo-charged V8 engine, the Venom GT reaches speeds that can only be described as maniacal. The Venom GT managed a 434.5kmph top speed last year at the Kennedy Space Centre (where else?) but due to only travelling in one direction fell foul of the Guinness World Record rules. So although it is technically the world’s fastest production car, you won’t find it in your Guinness Book of World Records yet. 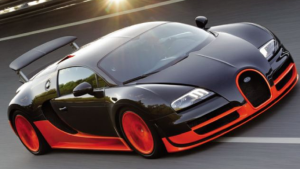 This is what happens when someone says “let’s build the fastest car in the world”. The Veyron looks like a rubber bullet and is capable of travelling almost twice as fast at 431kmph. This is achieved with a quad-turbo-charged W16 engine that churns out approximately 1000hp. Expect to pay around $1.7m dollars for one of your own, or consider the Grand Sport Vitesse model which is the fastest open topped car capable of hurtling you towards your destination at an eye-watering 408kmph. 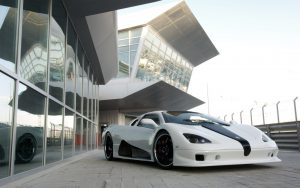 Shelby SuperCars (SSC) appeared out of nowhere in 2007, boasting that it had created the fastest car in the world, beating then fastest Veyron Super Sport. The twin-turbo-charged V8 6.3 liter engine kicks out 1287hp, achieving a top speed of 421kmph. The maddest thing about the Ultimate Aero was the absence of any sort of technology to help control or tame the immense power of the engine. It is pure, raw power and in the wrong hands simply a super-sonic death.

These cars go far beyond what most of us would consider to be luxury cars, they are supercars produced for people with an appetite for danger and wallets to match. Not everyone who could theoretically choose to buy any car in the world would choose one of these – but some of us would!